Welcome to Part 6 of “There’s A Special App For That” series on iPhone, iPod Touch and iPad apps for students with special needs. Have a look at our others in the series:

As consultants, we often work with clients that require augmentative and alternative communication apps in languages other than English. We’re Canadian and we work in bilingual (French/English) environments (schools, families, rehabilitation centres). 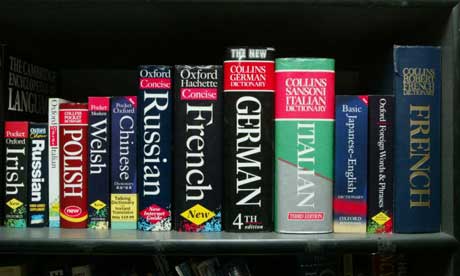 Some well-known augmentative communication tools have bilingual versions available in either French/English or Spanish/English (Dynavox, Oralys, Go Talk). However, the app market for augmentative communication is still very new, and hasn’t yet caught up to translated versions of dedicated communication devices. Translation is a long process that takes much development and usually a year or more of beta-testing in a specific country/region in order to make sure the language within the app is appropriate.

Just a note. This post is focusing on apps for augmentative and alternative communication (AAC). However, some apps do exist for language development and articulation in other languages. Smarty Ears has developed language applications such as Spanish language probes. See the American Speech-Language Hearing Association‘s (ASHAsphere) recent blog post for a comprehensive list of bilingual (Spanish-English only) apps for speech and language therapy.

Currently, there exists three options for AAC in languages other than English:

The following list of apps was provided by Jane Farrall, SLP and blogger at Spectronics and an excellent resource for all things AAC. Check out her posts on the Spectronics blog.

2. Using the pronunciation feature within Proloquo2Go

We recommend and use Proloquo2Go for many of the individuals that we work with. There is a feature within this app to change the pronunciation of a specific word. The developers have listed phonetic codes that can be used to change the pronunciation of a sound or word in English. This is an advanced option and an excellent feature. However, this option is meant to be used for only a few specific words within a larger vocabulary.

So although this was obviously not the intention of the developers, we have had some limited success pronouncing certain words in French, Italian and Spanish by spelling the word phonetically in English, with the result being the correct pronunciation in the other language. For example, we successfully programmed the French word for cat (“chat”) by spelling it phonetically in English. We used “sha” instead. Another example: the pronunciation of the word “Nonna” (“grandmother” in Italian) was entered by using the phonetic spelling in English. Complicated? Slightly, and it takes a little bit of knowledge of the phonology of English. In addition, obviously very limited, as every word in a specific language cannot be spelled phonetically in English to produce the correct pronunciation in the desired language. However, if you are working with a child who needs a few vocabulary words in other languages, at least this is a possibility with this app. Support for other languages in P2Go is in the works.

3. Recording your own voice

A much simpler possibility is to use communication apps in which the parent or therapist can record his/her own voice in any language. There are several apps on the market that can be used:

All of these apps include the feature to record audio or voice. However, some of these apps are more fully featured communication systems than others. Check out Jane Farrall’s very comprehensive list for a comparison of these apps.

For text-to-speech, and communication using sentences and messages (2 apps)

Both these apps allow a parent/therapist to record a sentence in any language. In addition, iTalker’s interface can be in English, French and German. The user can then tap on the button to speak this sentence.

We have reviewed these apps in a prior post “There’s a special app for that – Part 2: 5 (+1) Apps to develop social skills for students with special needs”. The great thing about these social stories apps is that they allow you to import your own photos and record your own voice over the picture, allowing for multiple language options. Now social stories can be created easily in any language! Pictello was also just reviewed by IEAR.

*Note for iCommunicate: You have to upgrade to add your own audio.

We value parents, teachers and professionals’ ideas in this area. In addition, if you are a developer and are in the process of translation, we would love to hear from you.

View all posts by Andrea Prupas →

2 Responses to There’s a special app for that – Part 6: 3 Methods of Using Augmentative Communication Apps To Support Different Languages

There`s a Special App for That Series